The south director Alphonse Puthran is all set to go ahead with the remake of the Malayalam thriller “Shutter” in Hindi. The possible cast will be Anil Kapoor, Anushka Sharma, AbhayDeol and Tusshar Kapoor and the team is awaiting confirmation from the artists. Alphonse Puthran, who is riding high with the super hit film in Malayalam-Tamil, “Neram”, will be retaining the same successful technical crew for the Hindi project also. The pre-production work is in full swing. The original film in Malyalam, “Shutter”, was directed by Joy Mathew and is a satirical take on the Indian workers in the Gulf. 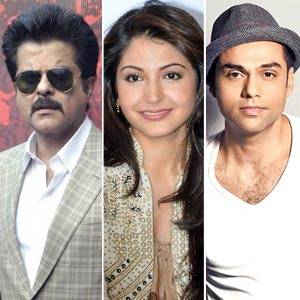 The two big Khans of the Bollywood industry, Shah Rukh Khan and Salman Khan turned foes in a birthday party of Katrina Kaif in2008. It is a known fact that since then they have tried and avoided meeting each other in public.

They both met at a “iftaar party” recently and the two Khans supposedly hugged each other making the onlookers believe that they have become friends again. But Shah Rukh avoided questions leading to the patch up between the two Khans. He was seen on a “no comment “mood to the media in an event.He was very clear that he wanted to keep certain things private. 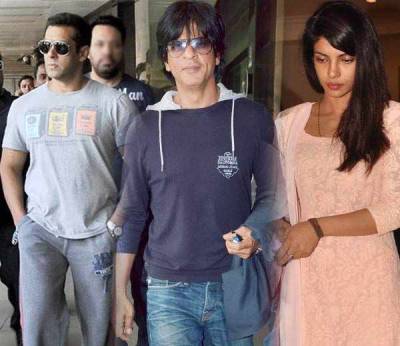 Superstar- One And Only Rajnikanth

Shah Rukh has dedicated the already famous lungi dance to the Superstar of Indian cinema, Rajnikanth. The song is part of the film Chennai Express directed by RohitShetty and specially composed by rapper Honey Singh. The Khan has already confessed in a recent interview that he is a huge fan of the icon.

The song is titled Thalaivar Tribute. DeepikaPadukone who is opposite Shah Rukh in the song is also an ardent fan of the Super Star and wanted to be a part of the song. The song has been choreographed by ChinniPrakash and the action of the Super Star has been very well mimicked by the SRK. Wait and see what the choreographer has done special with SRK to bring in the Rajni Style.

1994 saw a Hindi film which dealt with India’s fight against terror. The film was directed by much acclaimed director Govind Nihalani and the name of the film was Drohkaal. Now Govind Nihalani has expressed his desire to do a sequel for this particular film. The original film received positive reviews and Ashish Vidyarthi who donned the role of a police officer won the National Film Award for the best supporting actor. Govind Nihalani told the press that people have been suggesting remaking the film but he was not sure whether it will happen in the near future.

In the mean time Govind Nihalani is working on the sequel of another major hit of his, Ardh Satya. This is another cop story made in the year 1983 and the film won raving reviews. The film featured Om Puri, Amrish Puri, Smita Patil and Naseeruddin Shah in the lead. It went on to win many awards nationally and internationally and is still considered as one of the best cop films in the country. The film is expected to go on floor this Diwali. 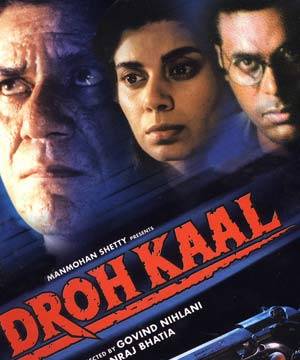