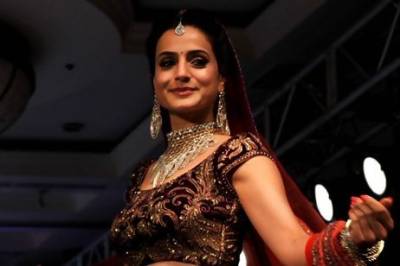 All stars attending the Cannes International Film Festival are busy putting their wardrobes in order. Indian cinema celebrates 100 years at the festival this year.

For this red carpet event, special care is being taken by Indian stars. And special preparations are being made by Ameesha Patel for the event as this is going to be her maiden event. This 37 year old actress has made a decision to sport an entirely desi look during her visit to the Cannes festival, as per reports. Ameesha Patel has acted in Shortcut Romeo a film directed by Sushi Ganesh in which Puja Gupta and Neil Nitin Mukesh have also featured. The film will be premieredon the 22nd May, and will be attended by Ameesha Patel.

Ameesha consulted Manish Malhotra, designer and good friend, who also feels that the decision to dress in 'desi style' is the perfect way to represent India on a global platform. She says that the big deal is that she is going there especially for the movie she has worked in and not as a brand ambassador. To represent Indian cinema at the Cannes festival is a huge honor for her, she states. There will be two outfits for Ameesha, one in the morning for the red carpet and one at night for the premier. She feels there couldn’t be anything better than the lehenga or the sari on an Indian woman. She has acted in hit films like Gadar – ek prem katha and Kaho Naa Pyaar Hai.

One of the best known designers is Manish Malhotra who designs some of the best possible ensembles to compliment the look of any person. Ameesha Patel has been given a red carpetish yet Indian outfit keeping in mind her personality and complexion, he says. Classic colors, white and black have been incorporated in the outfits she is going to wear. Chikankari and Kashmiri work feature high on her outfits. International summer trends have also been kept in mind while designing her outfits for the Cannes festival.

Saree For Vidya Balan To Walk The Red Carpet At Cannes 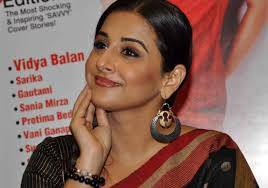 At the 66th Cannes festival which begins on 15th May 2013, even Vidya Balan is expected to flaunt the Indian saree like Ameesha Patel, as per reports. She will be wearing a saree designer by reputed designer, Sabyasachi Mukherjee. Besides this, Sonam is expected to appear in the graceful Indian outfit at least once. AishwaryaRai is to sport a saree in off white color with chikankari and gold work by Sandeep Khosla and Abu Jani. With her versatile acting, Vidya Balan has made a mark in the Bollywood industry. She has bagged awards for her stupendous performance in movies like ‘Kahaani’ and ‘Dirty Picture’. As far as her Cannes wardrobe is concerned, it is not on her mind, actually. Sarees have been her all time favorites and this is the outfit she will definitely be wearing at the Cannes festival. He favorite designer, Sabyasachi will design her sarees, it is reported. She sees herself in a saree even when she is asleep, she states, so definitely, people should expect to see her in a saree at the Cannes festival too. 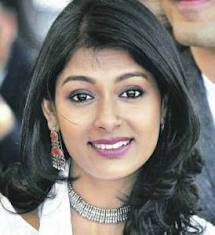 members of the jury. This year she got married to Siddharth Roy Kapur, head honcho of UTV. She says that nothing has changed since her four month marriage or maybe it is too early to state this. Bollywood actress, Nandita Das is also to be part of jury member for the short films at the festival. In the past, actress Sharmila Tagore and Shekhar Kapur have been part of the jury at Cannes as well.