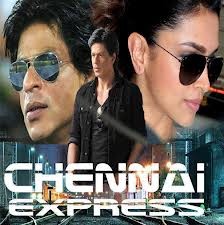 Rohit Shetty’s “Chennai Express” is slated to be release this Friday, an auspicious day as it is Eid, and the country will be celebrating the festival and the film. The “Chennai Express” team has many feathers to its cap the latest being it has the biggest release in UK; no other Indian Film has matched this. 125 cinemas and 170 screens are the figures that have come out regarding the release of the film in UK. As a part of the promotion for the film the team was in London and they received a huge support. The film is set in South India and is a complete entertainer. Shahrukh Khan expressed his appreciation for the support he got from the UK audience and was sure the film would do well.

The train also stopped at our desi station Punjab for the promotion. Here Shahrukh had to say that along with the people he loved their food. It was so rich and he would put on weight whenever he visited Punjab. The film’s promotion was held at Jalandhar and Deepika Padukone, his pair in the film was also present. Both acknowledged the carefree nature of the Punjabis and the unparallel hospitality of the state.

The New Look Of Sunny 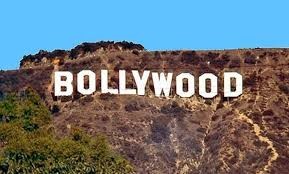 The south director Alphonse Puthran is all set to go ahead with the remake of the Malayalam thriller “Shutter” in Hindi. The possible cast will be Anil Kapoor, Anushka Sharma, AbhayDeol and Tusshar Kapoor and the team is awaiting confirmation from the artists. Alphonse Puthran, who is riding high with the super hit film in Malayalam-Tamil, “Neram”, will be retaining the same successful technical crew for the Hindi project also. The pre-production work is in full swing. The original film in Malyalam, “Shutter”, was directed by Joy Mathew and is a satirical take on the Indian workers in the Gulf.

The two big Khans of the Bollywood industry, Shah Rukh Khan and Salman Khan turned foes in a birthday party of Katrina Kaif in2008. It is a known fact that since then they have tried and avoided meeting each other in public.

When the world is celebrating 100 years of India Cinema it was rare honour for the Indian film industry when renowned and much talked about actor Irfan Khan was the guest of honour at the London Indian Film Festival 2013. Other stars accompanying Irfan were PreeyaKalidas, FerenaWazeir and AsifKapadia. It was a heartening sight when Irfan and ace director AdoorGopalakrishnan conducted master classes as part of the festival.

The classes received very good response from the crowd. LIFF 2013 inaugural film was a work by NawazuddinSiddiqui, Monsoon Shootout.ShilpaShukla’sB.A.Pass(Hindi), Q’s TasherDesh(Bengali), Pune 52(Marathi) and Akshay Kumar’s Marathi production, 72 Miles- EkPravas were the other films showcased in the festival. The closing film is the much talked about Hindi film Bombay Talkies. This is a set of four short films made by well known directors like AnuragKashyap, Karan Johar, ZoyaAkthar and Dibakar Banerjee.

Salman Khan will be keeping his fingers crossed till the 19th of August 2013. The actor according to sources will be tried for culpable homicide not amounting to murder in the hit-and-run-case. He was directed by the Mumbai sessions court to pay Rs.19 lakhs to the victims. The case which has already been postponed by several times will be next heard on August 19, 2013. Salman had appealed for a retrial and had pleaded not guilty. The court had rejected his plea on June 24th. The lawyers had filed a request in the court asking for self-restraint in the media.

Kareena Kapoor, one of Bollywood’s hottest actresses is well known by her nickname ‘Bebo’. Now she has come up with a design label called ‘Bebo’. An international brand is reported to have contacted her to get a signature denim line designed, in which her nickname is to be used. It was Kareena Kapoor who initiated the trend of ‘size zero’ and she seemed to have impressed the renowned brand with her presence and appearances. Kareena Kapoor is lending her own name to the collection.

According to a statement from a source, it has been stated that when this Bollywood actress gets associated with a health or fashion initiative, it always proves to be a success. Kareena is well known to have an international appeal and always dresses impeccably and international brands are always on the lookout for such a quality. In the year 2000 she had stormed the film industry of India with a hit film, “Refugee” after which she began to endorse a number of top brands including Globus. In fact in the Indian film industry, she is termed as one person who can set a trend.

Shahrukh Khan Plays The Role Of A Psychotic Lover

It has been reported that Bollywood’s King Khan, is to play the role of a psychotic lover in ‘Happy New Year’ the next venture of Farah Khan. In the violent love story ‘Darr’ he has played a similar kind of role and accordingly now has the required experience to play the role of a psychotic lover. Under the banner of Yash Raj Films, Yash Chopra had directed this violent story ‘Darr’. People had appreciated Shahrukh Khan’s role in the film besides which he also got a nomination at the Filmfare awards as the Best Villian. There had been a lot of rumors about the role Shahrukh is to play in the film ‘Happy New Year’. However, the film’s female lead is yet to be decided upon by the makers of the film project. Abshishek Bachchan is also part of the film. There have been rumors that Aishwarya Rai, the beautiful diva from Bollywood had been approached to play the female lead opposite Shahrukh Khan. However she rejected the offer as she wouldn’t be able to pair opposite her real life husband, Abhishek. Boman Irani is also to play a part in the film along with Abhishek Bachchan. Everyone has been waiting for this film. It was last month that the film was supposed to go on the floors. However Shahrukh Khan had to undergo an emergency surgery for his shoulder due to which it was not possible for the film to go on the floors and this was postponed. As of now the shooting is scheduled to begin after two months, in September.

One of the most awaited films of this year has been ‘Bhaag Milka Bhaag’. Its release is something everyone had been waiting for since a long time. The story is about Milka, a flying Sikh. During the 1947 partition, he had lost his entire family. He went on to compete at the Olympic Games during the years 1960 and 1964. The director of the film is Rakeysh Mehra. He states that Milka is one figure that is larger than life and that everyone has grown up with the folklore of Milkha. Milkha is what Jesse Owens has meant for the field and tract for the West and what Pele has meant for football. The title of the film ‘Bhaag Milkha Bhaag’ is nothing but Milkha’s father’s last memorable words to Milkha. He had asked him to run for his life or else he would have been killed during the riots. Milkha did run and along with other refugees and boarded a train.

Milkha had a deep impact on India, a country which was trying to recover and grow from the struggle of freedom. The kind of impact, Milkha Singh had on the nation simply enthralled director Rakeysh Mehra. The director gives an explanation that during that time, they had been searching for heroes but those who were outside of politics. The world knew Jawaharlal Nehru, the Prime Minister and Mahatma Gandhi, but no other hero. Accordingly Milkha decided to go out there and help in conquering the world for his country and in turn become a hero. Rakeysh Mehra states that Milka always ran along with his fears, but never away from them.

In Rome at the Olympics in 1960, Milkha had attained the fourth position in the four hundred meter race. The race was an interesting one especially because to come in the fourth place, a photo finish was required. At the Commonwealth Games and the Asian Games, Milkha had beaten all to win the gold medals. However at the Olympic Games he came fourth and thus could not win a medal at the Olympics, which had always been his dream. In this film, a blockbuster, a number of elements including action, emotion, drama and dance have been incorporated. According to Rakeysh Mehra, the main key in any film is drama. In the past a number of other directors too had experiment with other biopics and as the latest, Rakeysh Mehra too had joined the list. Milkha Singh’s role is being played by Bollywood actor, Farhan Akhtar.

According to Farhan, playing the role of a living person can be quite a challenging task. A lot of preparation is required mentally as well as physically, he states. Farhan further says that he wanted people to believe that an athlete was cast in the film after which he was taught how to act, rather than the other way round. When a person walks onto the running track, there is a feeling of belonging to that space with comes from the energy exuded from within.

The svelte actress, Sonam Kapoor is known to always speak her mind and this trait of hers, set her apart from the rest of the actresses. She states that in real life, she is very romantic when she gave an interview to promote Raanjhnaa her upcoming film. She looked very pretty in a beautiful floral dress when she settled down for giving an interview. She was very frank when she gave the interview. She revealed that she copied the character that Jaya Bachchan had played in Guddi, for her film Raanjhnaa.

As far as working with Dhanush is concerned, she has admitted to making certain wrong choices. She turned twenty eight last week and was in Paris to celebrate her birthday. From the time she entered Bollywood, she had always been working on her birthday, she states. When she became eighteen years she was assisting Sanjay Leela Bhansali for the film, Black. She was shooting for Saawariya on her 21st birthday and was doing Mausam on her 25th birthday. So with five of her best friends, she went to London and had a lot of fun, and then attended Rihanna’s concert in Paris. She felt incredible when she brought in her birthday along with eighty thousand people at the concert. This was one of the best birthdays she had, Sonam states. At Paris she also did some shopping and purchased a beautiful black retro gown from the 1960s. She likes purchasing vintage clothing so she went for some vintage clothing shopping in Paris. Even if the gown is not in a wearable condition, Sonam has purchased it as a collector’s item.

Shahrukh Khan and Gauri Khan are having their third child through surrogacy. There are reports that this third child is a baby boy. The IRIA – Indian Radiological and Imaging Association is miffed by this as in India, sex determination before birth is considered as illegal. To investigate the case, a petition in writing has been sent to the health department of the state.

It will be found out whether Shahrukh and Gauri are guilty of getting a pre-birth sex determination test conducted or not. Officials of the health department of the state including Suresh Shetty, the health minister of the state, have been given orders by the IRIA to take action against anyone found guilty. Outside India, conducting a pre-birth sex determination test is not illegal but it is a punishable act in India. The case is being investigated by the officials and Gauri Khan and Shahrukh Khan are yet to respond to the reports.