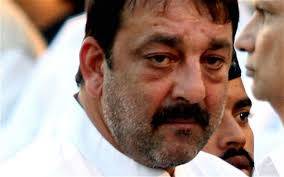 year jail term. He had to surrender to the TADA court. He bid adieu to his friends and family members and hundreds of fans and the huge media contingent that had gathered around him. The common man and media caused frenzy around him and wanted to catch one last glimpse of the Bollywood actor before he was driven away to the TADA court – as per the Terrorist and Disruptive Activities Act on 16th May 2013. In 1995 he was granted bail after he spent 18 months in jail. Then in July 2007 he was again given a five year rigorous imprisonment sentence.

He was convicted for possessing arms illegally in relation to the blasts in Mumbai in 1993 and on 21st March 2013 as per the judgment of the Supreme Court’s judgment he was sentenced to 31/2 years in jail. Around 1.30 am he left his home at Imperial Heights in Pali Hill, Bandra Mumbai to reach the court, where the media was waiting for him. The 53 year old actor was accompanied by Maanyata his wife, Priya Dutt, his sister and Mahesh Bhatt, the reputed film maker. Through the huge crowd, both Priya Dutt and Maanyata Dutt, braved their way. Mahesh Bhatt folded his hands to request the media and crowd to make way for Sanjays’ exit. Formalities related to his surrender began once he reached the court. Sanjay Dutt was bid farewell by his close friends including Rahul Aggarwal, Soham Shah, Kiran Kumar, Apoorva Lakhia and Bunty Walia, and others during the earlier part of the day. Abhishekh Bachchan, Ajay Devgan and Salman Khan too have visited Sanjay earlier during the week.  Before he left his home for the court, he spent some precious moments with his weeping wife and his kids Iqra and Shahraan.

Mugdha Godse Spotted At The Eden Gardens With Shahrukh Khan! 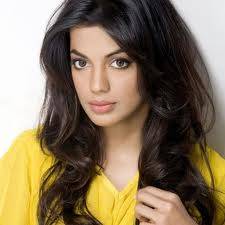 Everyone wants to know what Mugdha Godse was doing at Kolkata’s Eden Gardens. During the cricket match of Kolkata Knight Riders in Kolkata, she was spotted with the team and Shah Rukh Khan recently. The onlookers were left wondering and found her presence there to be quite odd. Actually, Mugdha was travelling to Kolkata. On her flight, she met Juhi Chawla’s husband Jai Mehta, who is also the co-owner of the KKR team. It was Jai who invited Mugdha Godse to watch the match at Kolkata. She was to be in Kolkata for just a day actually but since she was invited to watch the match, she ended up staying there for two days.

Doing A Remake Of Sharmila Tagore’s Film Is Not On Soha’s Wish List!

Soha Ali Khan asks, for a reason she would want to make a remake of her mother’s film. She states that she just wants to do some great work in films and is not in the industry for money or fame. She is daughter to Masoor Ali Khan Pataudi, the late cricketer and Sharmila Tagore the veteran actress and Padma Bhushan Awardee. According to her, trying to make a film like her mother’s, would be like committing 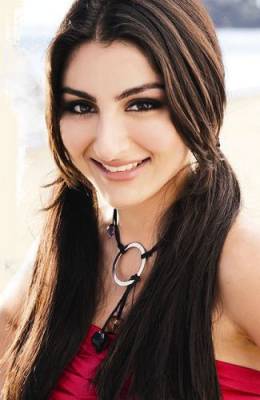 suicide. At any cost, she does not want people to compare her with her mother. She would like to do something that is fresh and new and better still if it is a contemporary adaptation. She is not too focused commercially and has some hit films to her credit including ‘Khoya Khoya Chand’ and ‘Rang De Basanti’. Enjoying working in a good film is what she looks towards at all times. Making a lot of money while not becoming famous has never been a motivational factor for her. She is financially secure, she states. Being an actress is quite a stressful and complicated thing. To deal with all baggage that filmdom brings in, a person has to be a super human, she feels. Her mom is a great home maker, mother advisor and a great wife from who she takes tips. Presently she is dating Kunal Khemu. In the past Soha was compared to her mother many times, but not anymore she says. Soha says, her choice of films is different and she is just competing with her own fears and not with her mother!