Crowds Boo At Virat Kohli At The Wankhede Stadium 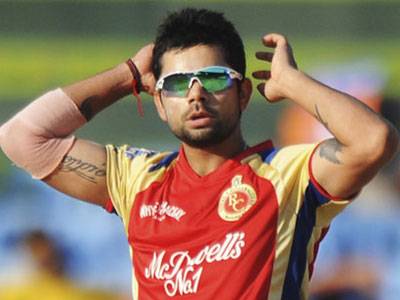 One can reflect upon the times people live in, with the encounter Virat Kohli had with crowds at the Wankhede Stadium. This happened during a run out incident which turned into a controversy during the match on Saturday night against the Mumbai Indians. Virat Kohli, captain of the Bangalore Royal Challengers team was targeted by the supporters of the Mumbai Indians team packed into the Wankhede Stadium. He was attacked with unfair jibes by the supporters.

Virat Kohli became very emotional and reminded the supporters that he also plays for India to. The crowd booed him and termed him a cheater when he later appealed bizarrely to dismiss Ambati Rayadu, batsman of the Mumbai Indians team. Virat is known to be a person who always wears his heart on his sleeve. He tried reminding the crowds that he did not come to play to be hated, but to play for his country. Questions are being raised on whether the standard of people watching the cricket matches is deteriorating within the country or not. Questions are also being raised on whether there should be any reaction from cricket players.

As far as team sport is concerned, the crowd is considered to be the ‘extra man’. The chants in the crowds are deafening and roars 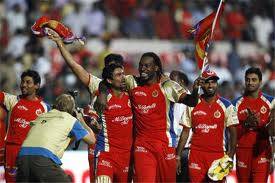 vociferous which could either give inspiration to the home team or lead to demoralization of visitors. The crowds also cheer passionately when they resemble a mob that is of the unforgiving kind and bays for the blood of a gladiator. Cricket has always been considered as a gentleman’s game but at times, it is the emotions that could sway people, making their behavior towards the opponents very ruthless.

In the past it has been seen that the crowds at the Wankhede Stadium can be very hostile at times. In a game between Mumbai Indians and Kings XI Punjab, Yuvraj Singh was targeted in 2008. The game was an affair that could thrill anyone in which King XI Punjab had clinched a run out dramatically off the last ball. Yuvraj became very animated and started running around the park in the midst of stunning silence.

There has also been another occasion where even the favorite son of Mumbai was not spared. In 2006 in a Test Match against England, Sachin was dismissed cheaply and he too was booed off the cricket field. Last year, in a Test Match against England, the spectators abused Harbhajan Singh also. It has been seen that over the years, the standard behavior of the crowds has been slumping quite dramatically. Profanities are flung at players in Marathi the local language and in Hindi and English. Abusive songs were used for jeering the Australians from Ricky Pointing’s team in 2004. The monkey jibes was the most infamous behavior directed at Andrew Symonds by spectators in 2007. Even Kevin Pietersen was booed last year when he went out to bat.

It was not surprising that Virat Kohli was booed. In his franchisee’s colors, he becomes a foe and when he represents the country he

becomes the darling of all the masses. When he bears the torch for the country he is welcomed and cheered, otherwise, booed. The atmosphere at the IPL games is quite unnerving and unparalleled loyalty is expected from cricket fans. For that particular day, a player becomes an opponent for the supporters of the rival club even if he plays at the highest level for a particular team like say Manchester United and England. Virat Kohli has just become an easy target for the spectators. At time the fans derive sadistic pleasure and cheap thrills by misbehaving with cricketers.