The final match in the IPL 2013 was played on May 26, 2013 at Eden Gardens, Kolkata, between Chennai Super Kings and Mumbai Indians. Chennai 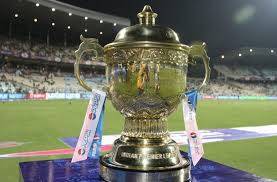 Super Kings were beaten by Mumbai Indians by 23 runs.

For the first time, Mumbai Indians have been crowned champions of the League. CSK have won the League twice. CSK had to chase a target of 149 runs, and were floored by Johnson and Malinga who claimed two wickets and ripped through the top batting order. After Malinga’s strike, CSK couldn’t recover after the dismissal of Raina and Hussey. Except for AlbieMorkel, Bravo and Viay who scored 10, 15, and 18 runs respectively, the wickets tumbled at regular intervals. Only Dhoni finished when the score was at 125 defiant runs with 9 wickets down. Dhoni tried a lot to keep the faint hopes of the team alive by fighting with an unbeaten knock of 63 runs from 45 balls, in which he hit three boundaries and five sixes. Dhoni, the CSK skipper states that many of the batsmen did not play too good shots except for Raina and Hussey due to which the team faced a setback. For Mumbai Indians, the win was a kind of sweet revenge, taken for losing against Chennai in the year 2010. Rohit Sharma, captain of the Mumbai Indians team stated that being the captain for MI was a great learning experience and also a challenging one. During this League, the team was determined to play their very best and win the IPL.

In the League, the bowler who takes the maximum number of wickets is awarded the purple cap. While this bowler is on the field itself during the 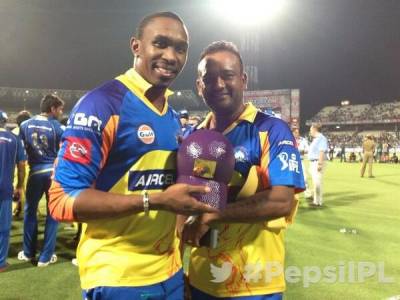 tournament, he gets the honor of wearing this cap. It was Bravo who was successful in ripping through the remaining batting order of CSK. He claimed 4 wickets by giving away 42 runs and became the Purple Cap holder with 31 wickets in total during the IPL 2013. Mike Hussey, the 38 year old Australian cricketer was presented with the Orange Cap for getting 733 runs under his belt this IPL. He said that he would have readily exchanged his Orange Cap for the trophy, but getting it was quite an honor for him.Award for the best young player of the IPL went to Sanju Samson of the Rajasthan Royals team. Samson said he felt extremely lucky to be part of the Rajasthan Royals team. The Fairplay award went to CSK while Shane Watson won the MVP award. For Sachin Tendulkar the batting legend from India, this IPL 2013 crown is another feather addition in his cap. He confirmed that this IPL tournament was his last.

Cricketers not only in the Mumbai Indians and CSK team but even the rest of the IPL teams who exceed their limits understand the fact that cricketer sunglasses offered by world class brands like Prada, Polaroid, Adidas, Gucci, Fendi Oakley, Ray Ban help them play under the blazing artificial lights in the sweltering Indian summer. The innovative sunglasses have gained 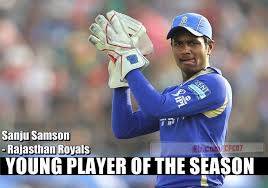 tremendous demand and respect of professionals in world class sport like cricket. Many of the top celebs, high profile individuals and cricketers depend on the exclusive branded cricketer sunglasses. These sunglasses allow perfect fit, vision, great performance, the best of lenses that are light in weight and have unobtainium nose-pads and ear-socks for increased performance and comfort.

Mumbai, Maharashtra, India
How do you feel about this post?
Happy (0)
Love (0)
Surprised (0)
Sad (0)
Angry (0)
Tags:
Chennai Super Kings Dhoni Eden Gardens Johnson Malinga Mumbai Indians purple cap Sachin Tendulkar The IPL 2013 final match The IPL cricket
What to Get When You Buy Idol Lash
Your Kitchen: The Hub of Your Home