Indian Premier League is fashioned after the European league matches in football. Whoever thought of it has definitely hit the goldmine which has proved good for the game of cricket, the owners of the teams, the organizers and the sponsors. The concept of bringing the shorter version of cricket has always met with flak. From the 5 day test match when the 50 overs match was introduced all cried that it was the end of the game. It was proved wrong as more people liked the shorter version. The same was the reaction for the T20 version and once again it has been proved wrong as the game has a better reach and is more exciting.

IPL has adopted this T20 version of cricket for its matches. As the word suggests only 20 overs are bowled by each side and the result is seen within three hours. What is different from the regular T20 matches and the IPL is the show biz associated with it. The main attraction or the difference is that they are league matches and not games played against teams from countries. So each team has players from many countries. The owners bid for the players and they can bid for any number of players. But only four foreign players are allowed to play on the field, the rest is comprised of Indian players. 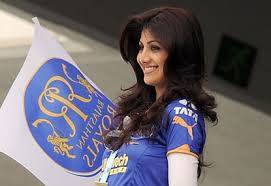 IPL is cricketainment as there is heavy dose of entertainment added to the game. There are the cheer leaders, music and exciting tit bits during the breaks. Some of the owners are film stars and each team has an ambassador from the film fraternity. On the whole there is glamour and entertainment added to this form of cricket. There is branding of products in this game and it’s a business game as well. It has given a big boost to tourism as well. The clothes are flashy and the colors chosen symbolize certain qualities.

The rules of a test match and a 20 overs match are more or less the same. Declaring a ball ‘wide‘ is something very specific to one day game and the T20 version. A ‘no ball’ – error from the bowler results in a free hit which is not seen in a test match. A free hit is where the batsman can hit the ball anyway and even if caught or bowled will not be declared out. There are no ‘power plays’ which are associated with 50 overs match. Another unique feature of this game is the ‘strategic time-out’ which happens two times in one innings and each lasts for 2 ½ minutes. The dress code and the ball used are different from the test matches. 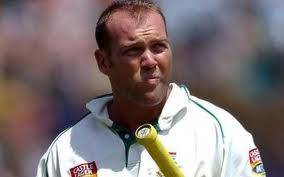 World class players are seen in all the teams and the new and young players of the Indian team get to see and learn from these legends. Mumbai Indians this time has Sachin Tendulkar from India and Ricky Ponting from Australia playing in the same team and such an exposure is a life time experience for young players. Other legends who have played this form of game are Shane Warne, Glenn Mcgrath and Jacques Kallis, the list goes on. For the Indian players it is seen as unparalleled opportunities as more and more players from the non metro cities are making it big. They become famous instantly and they get to see first class cricket very close.

There are 9 teams playing this year and the top four teams are the Mumbai Indians, Rajasthan Royals, Royal challengers 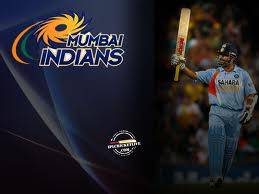 Bangalore and Sunrisers Hyderabad. The highest scorer of runs dons an orange cap and for now it is held by ViratKohli of Royal Challengers Bangalore. A Purple cap is given to the bowler who has taken the maximum wickets and is at present worn by Kevon Cooper of the Rajasthan Royals. The whole of the world gets to see these thrilling matches and in India which is already a cricket crazy country, people are there in large numbers to support this form of game. This form of the cricket which took off in 2008 is getting better and bigger each year.