Things To Be Kept In Mind By 2013 IPL Players
In the Indian Premier League, the team officials and the players, both need to follow a particular code of conduct. A number of things like code of conduct for offenses, reporting of an alleged offense, procedures for disciplinary action and notification, standard for evidence and proof, appeals, sanctions on officials of the team and players, etc. are specified.

More On The Code Of Conduct

As far as the logo on the player’s bat, IPL clothing and the commercial logo are concerned, there are a number of regulations that are in place. It is for maintaining professional and appropriate standards in the IPL game that the regulations have been put into place.

Any alteration or covering up of clothing or equipment like using marker pens or sticking stickers is disallowed in the IPL games. Even the batting pads are painted with paint that does not falls off and any prohibited logos are disallowed. These regulations have to be understood well by the players of the team and the officials. There may be no warnings etc provided by the umpire for cover up, removal or a logo that has been prohibited to the person who has committed the offence.
It must be noted in the initial stage itself that any kind of offending equipment or clothing is not allowed for use by any team official or team player in the IPL game. Any kind of abuse of fixtures and equipment used on the cricket ground or on the IPL clothing and equipment is completely disallowed. Besides this, kicking or hitting the wickets, damaging the doors of the dressing room, the boards used for advertising, the fences and boundaries, the windows, fittings, fixtures and mirrors etc in the dressing room are actions liable for punitive action.

Umpires Not Be Shown Dissent During The IPL Match

There are chances of the IPL players showing obvious and excessive disagreement and disappointment with the decision, made by the umpires. Players could leave the wicket or try to delay time in resuming the game, look or point to a section of the bat when a

LBW decision is given by the umpire. 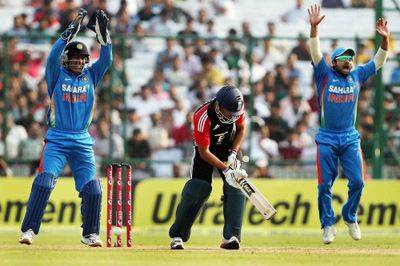 Besides this, snatching away their cap from the umpire, rubbing of shoulder or pointing to the pad etc when the batsman is caught behind, shaking of head, putting in a request for a referral to the television empire, indulging in a prolonged discussion or argument with the umpire against his decision, etc are some of the many things that are disallowed during the IPL cricket matches and various other cricket matches.

Use Of Obscene Gestures And Language Taken Into Account

During the cricket match it is offensive and obscene for the players to use any kind of obscene gesture, language, repetitive and audible swearing at another person, in frustration at his own fortune or poor game played etc. Such trivial kind of behavior is open for punitive action. If in case such an incidence does occur, the context is taken into account by the umpire, an assessment is made and the gesture and words are then likely to be considered offensive, obscene or an insult of another person.
No player is supposed to offend another, on the basic of the country of origin or ethnic or national origin, descent, race, color, 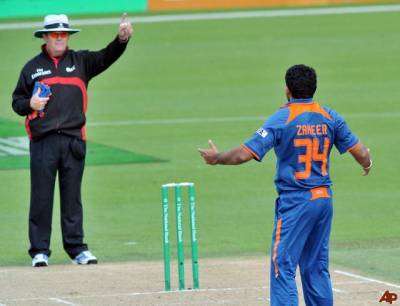 religion, race or gender. As per the Anti Racism Code of the Indian Premier League, such a conduct is strictly prohibited. During the match, even excessive, loud, enthusiastic or repeated appealing, celebration of a player’s dismissal etc is taken into account seriously by the IPL authorities.