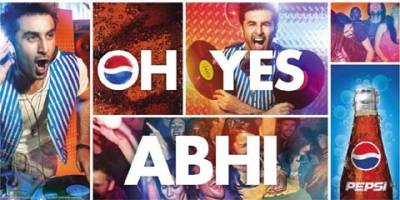 Each of the IPL cricket seasons in the past had created a thrilling atmosphere and so has the IPL 2013 cricket tournament this year. In India one of the biggest sporting events held every year is the Pepsi IPL. Right from the time it began, this glamorous sports event has undergone a series of changes. ‘Change the game’ theory has already been experienced in the IPL 2011. This same theme then got morphed into another theme called ‘Na tameez se dekhajatahain’ in the year 2012.

On the gentry this year, the theme is expected to create an impression that can last for long. IPL 2013’s official sponsor for the year is Pepsi. The impatience of youth about doing things ‘Abhi’ or ‘Right Now’ is being celebrated during this year’s IPL. This strategy of doing things ‘right now’ is effective in provoking the youngsters to do whatever they want to do, currently or now. This youth philosophy has been paced up by Pepsi, this IPL. With this new motto and concept, it initiates a new journey. IPL cricket has never been as interesting as it is during 2013.

Unlimited IPL cricket fans have been given an exciting chance to watch the cricket matches from the cricket grounds live, and not just from their television sets. To understand this in detail, the youngsters will need to know that lots of entertainment, masti and fun has been offered in a fun and fool proof package for them, this year by Pepsi IPL 2013. Two modes, including playing and watching will involve the experience of IPL gaming. Pepsi has been successful in gaining the ultimate collection of fans and this has brought about much more excitement and energy as compared to before. Fans need to know that this IPL 2013 is also about scoring and not just watching the game.

IPL cricket lovers can make the most of some wonderful and exciting contests initiated by the ‘Oh Yes Abhi!’ campaign by Pepsi. Viewing experience of all cricket lovers is guaranteed to be enhanced at the highest level possible that just cannot be compared. The contest called ‘The IPL Top of the Leaderboard’ enables the cricket viewers to enjoy a range of prizes including merchandize from IPL, fan cans, besides a golden chance of earning the grand prize.

A lot of emphasis is laid on the cricket game in the contest called the Pepsi IPL Fan contest. In this contest runs can be scored and a chance is provided to become the Pepsi IPL Ka Boss! A good chance is provided to the fans that are simply crazy about cricket. The methods and rules to follow are easy and well designed to rule the IPL crowds and at the same time win the IPL contest for availing tickets.

To enter the contest, all that you have to do is make the best use of social networking sites and use your talking skills and skills in 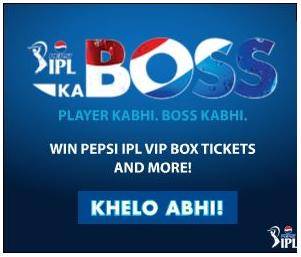 gossiping regarding Pepsi IPL 6. Depending upon the amount tweeted, the chances of winning also increase. So all that the cricket fans need to do is show up their skills in talking and participate in the Pepsi IPL 2013 contests. There are increased chances for you to win the contest and grab the title, this way. All that you need to do is show how crazy you are about the game and your attitude towards the game and achieve the title. Once you get into the game and contest, you are sure to experience fun that can last for a long time!