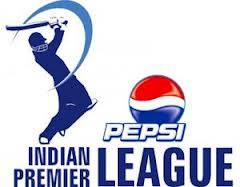 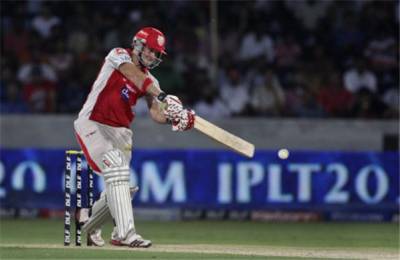 David Miller’s hard work has paid off during this IPL. He left Bangalore stunned by slamming 101 off 38 balls, the fastest third century at the IPL games this season. He has remembered to always follow his father’s advise, ‘If it is in the arch, it is out of the park. If it is in the V, it is in the tree’. On Monday, Miller was able to ravage the bowlers of Royal Challenger’s Bangalore, almost single handedly to take on the Kings XI Punjab and end in a resounding and unexpected six wicket win. In the line-up, he came in to bat as the fourth batsman and chased a nice 190 runs. At 51 for 3 in 7.4 over’s, his side was in quite an uncomfortable spot. David Hussey was the partner he lost during the 10th over, but despite this he decided to unleash a real carnage and sent the ball flying out of the cricket field, thereafter. He struck seven sixes and eight boundaries just leaving the local fans screaming with joy while the visitors remained stunned in silence.

When David spoke after the match, he said that since a year and a half, he has been working extremely hard to get himself to this level and explode this manner. He is extremely thankful to Lord Jesus Christ and is very happy with the result that came off. In the 14th over, the Bangalore captain had dropped him, but this twenty three year old gave a flawless knock and looked towards just going straight. David says that’s when ViratKohli dropped him, he felt a bit lucky. The total was a big one to achieve and at the same time even Sathish put in a very good effort. David’s aggression rubbed off on very well on Sathish and he too hit some very big shots towards the end. The win was finally brought in by the South African with a straight six and in the process the century also was completed.

Wankhede Guard, Vikas Dalvi, Who Fought King Khan, Gets Off Today For A Kolkata Match! 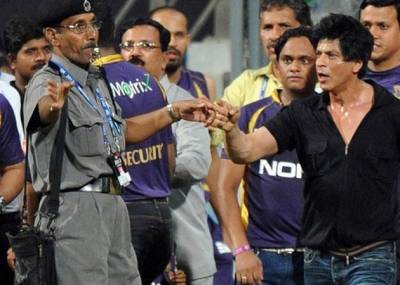 Vikas Dalvi, the guard at Wankhede Stadium, Mumbai was given a break finally by MCA. On Tuesday, 7th May, he will not be on duty for the match between Kolkata Knight Riders and Mumbai Indians, as he is sent off to Kolkata. He has been allowed to get off for a cricket match by the MCA. He had earlier, fought Bollywood superstar ShahRukh Khan and owner of Kolkata Knight Riders, KKR. When Dalvi spoke, he said that he was asked to leave for Kolkata by the MCA, so as to avoid any unnecessary attention. Vikas Dalvi works as a security guard at the MCA, Mumbai Cricket Association. During the last IPL season during 2012, he had the daring to prevent ShahRukh Khan from entering into the Wankhede Stadium.

A five year ban had been imposed on King Khan for attending cricket matches. The MCA expects to lay more focus not on Dalvi but on the cricket match which is to be played on Tuesday. Since the media is going to be present, there are chances of media asking Dalvi certain questions about the past incident but he does not want any attention and wants to play safe. Shah Rukh had got involved in an ugly spat with security guard Dalvi besides some other officials of the MCA after the KKR win over Mumbai last year on May 16th.
Last year, when ShahRukh Khan, his daughter Suhana and other kids tried to enter in the playing area, the actor was prevented from doing so by Dalvi. ShahRukh Khan got agitated and abused the guard Dalvi and took on the officials of the MCA team. To look into the actor’s behavior an emergency meeting of the managing committee was called and the ban was imposed. Also recently, ShahRukh Khan had entered the dressing room of the team during the break of the innings and violated the protocol of the IPL.

It has been reported that the police have been informed by the MCA to prevent the KKR owner from entering into the Wankhede Stadium. Ravi Sawant, the president of MCA stated that a letter has been written to the Police Station – Marine Lines to not allow entry to ShahRukh Khan into the stadium on 7th May. The police department had requested the MCA to send a letter to that effect after which the letter has been sent by the MCA.