Honda is one of the best known names in the huge two-wheeler market of India. The Honda two-wheelers are popular owing to attractive design, reliable performance, great ride and handling and high fuel efficiency. The bestselling two-wheeler model from Honda in the Indian market is the Activa. The Honda Activa is one of the most popular and best selling two-wheeler models in this country owing to its superb city commuting capabilities. The Activa is best known for refinement, smooth ride and incredibly easy handling, all of which make it a perfect city commuter. The very capable Honda Activa might be just a scooter, but its capabilities and popularity makes it a great challenger to many popular motorcycle models in India.

Another new Honda two-wheeler that has been garnering a lot of attention is the Honda Navi. The Honda Navi is also essentially a city commuter which is a bit different, as it is a cross between a motorcycle and a scooter that aims to offer best of both the worlds. It bids to offer the sportiness and style of a motorcycle, while also offering the ease of riding and handling a scooter. The Navi is targeted at the young bike riders of India who like to go the off-beat way. The Navi's design is nothing like a conventional motorcycle or a scooter and it breaks the traditional design notion. In fact, taking one look at this Japanese two-wheeler model, one might think that it is a kiddy bike. However, the Honda Navi is very much for the adults and is very sporty and capable as well.

Now, the question is why we are going to compare the popular Honda Activa with its own cousin the off-beat Honda Navi? They are from the same manufacturer and thus not market rivals. Moreover, they don't seem to be similar and are not meant to cannibalize each other's demands in the two-wheeler market of India. So, what is the reason of this comparison? The reason is that both the Honda Activa and the Honda Navi are very able city commuters and both promise to offer fun rides within the limits of your city along with super smooth ride and handling and cool looks. If you wish to go for a great new Honda two-wheeler, this comparison will help you take the final decision.

So, take a look at the Honda Activa Vs Honda Navi:

The Honda Navi is a one of a kind scooter, and is best called a scooter turned motorbike. With its short, neat and off-beat design, this motorcycle looks both sporty and quirky. Some may love its design, while other might hate it. It certainly looks more like a mini motorcycle, as it has nothing of a scooter's traditional design language. The Navi is a first of its kind in India and in the current there is no other two-wheeler model that looks like it, hence it is kind of peerless in this country. The Navi's compact dimensions and low and upright seating position offer good support and ease to handle and ride it on the busy city streets, while also offering a nice sporty design appeal of a motorcycle.

On the other hand, the Honda Activa comes with a conventional scooter's styling. While its design is sleek and pretty stylish, the conventional scooter design makes it seem inferior to the Navi. However, many would actually go for this common and known design language. Moreover, as the Activa sports a traditional scooter styling, it is easier to ride and handle for the ladies.

The Honda Activa i and the Activa 3G get equipped by a compact 109 cc air cooled, single cylinder motor that is capable of pumping out a max power of 8 bhp and 8.8 Nm of top torque. These two models of the scooter come equipped with the convenience of an automatic transmission gearbox.

The similarity of the Honda Navi with the Activa, despite its motorcycle design is apparent when it comes to the powertrain. The Navi gets the same 109 cc, air cooled single-cylinder mill like the Activa, which offers the same power figures of 8 bhp and 8.8 Nm. Transmission duty is also carried out by an automatic gearbox.

The Honda Navi comes with good features and is equipped with telescopic forks suspension system upfront and monoshock system for the rear. The bike offers drum brakes for both the front and rear wheels and features analogue meter console, electric start, external fuel filler cap and utility storage space below its fuel tank. The features are simple yet useful and have been incorporated by the Japanese manufacturer keeping the daily requirements of the consumers in mind.

On the other hand, the Honda Activa also comes equipped with drum brakes for both its wheels. It features an analogue speedometer console, under the seat fuel filler cap as well as storage space, electric start and tubeless tyres.

Both of these Honda two-wheelers come braced with the company's Combi-Brake System or CBS. This engages brakes of both the wheels when the rider applies the rear brake in order to offer better stopping power. There are no other safety features apart from the CBS on either Activa or Navi.

After looking into both these models from the house of Honda, it is very clear how these two two-wheelers are so similar, despite their poles apart styling. When the final buying decision is concerned, it really depends on the buyers. If one wishes to go with the tried and tested design and enjoy great features and ride of a scooter, then the very practical Honda Activa is your choice. However, if you wish be a bit different and stand out in the crowd with an off-beat design and like the motorcycle seating position better, then the Honda Navi is definitely for you.

As mentioned earlier, the Honda Navi is aimed at the youngsters with its unique styling and motorcycle ergonomics to offer a fun ride experience while also offering ease of riding a scooter. On the other hand, the Honda Activa is the popular and trusted city commuter that easily blends in. 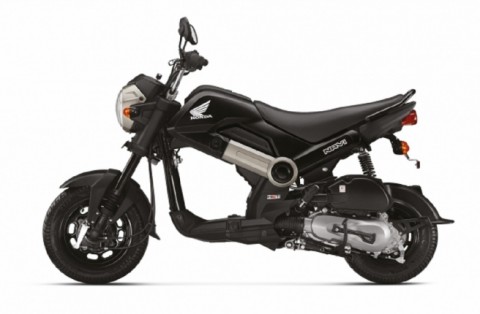 Getting Your Letterhead Printing Online