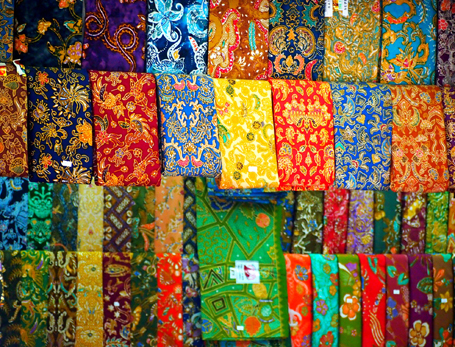 Across the world’s myriad cultures, there don’t seem to be any universal norms in fashion, style, and standard attire. In some countries, for example, skirts remain the strict domain of women’s fashion. In other parts of the world, it is quite commonplace to see both men and women donning sarongs or skirts.

In Myanmar, the skirt, in this case called the longyi, is commonly worn by both genders as everyday attire. Ever since south Indian immigrants introduced the longyi to Myanmar in the 19th century, this sarong-like tube of cloth – worn floor-length and wrapped around the waist - has been the traditional mode of dress for many of Myanmar’s people.

Although both men and women wear the longyi, choice of patterns and colours, as well as the way the longyi is worn, differs greatly between the genders. Formally, the longyi is referred to as a paso when worn by men and a htamein when worn by women. However, in everyday life, and among both genders, it is simply called a longyi. 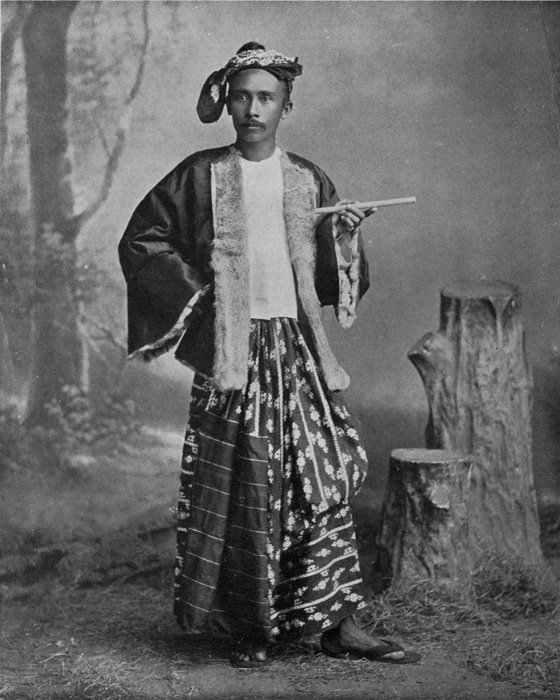 The men’s paso is more subdued in both colour and pattern than the women’s htamien. Stripes, plaids, checks and simple plain longyis are the norm. For men, the longyi is worn by pulling the fabric tight against the back and making a fold on either side, then tucking the folds together at the waist just below the navel and tying a knot in front. Men wear the longyi with a Western-style shirt. For physical activity, instead of changing into shorts or trousers, men will simply gather the lower part of the paso, pass it up between the legs and tuck the gathered material at the waist.

Women’s longyis are often more vibrant in colour and pattern. It is not uncommon to see women wearing bright multi-coloured htameins in batik, acheik (a traditional woven zigzag print), stripes and florals. A black band at the waist, called a htet sint, indicates which side of the htamein is up. The htamein is worn by pulling all the fabric either to the front or to one side, folding the excess fabric, then tucking the end in on one or the other side of the waist. A fitted, sometimes matching, blouse cut just to the waistband accompanies the htamein. 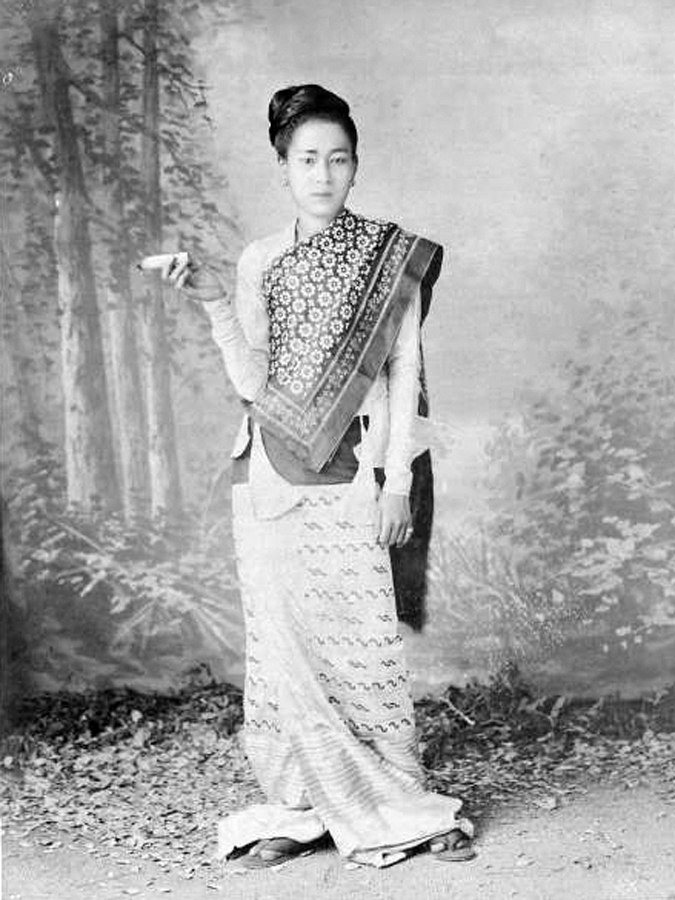 In public bathing areas, both men and women wear their longyis to cover their bodies. Women wrap them around their torso, tucked under the armpit like a towel. Once finished bathing, women will change without removing their htamein. They either pull a fresh htamein over their head or step into it and pull it up, then drop the old one to the floor.

The longyi couldn’t be a more comfortable and convenient clothing option in Myanmar’s tropical climate. Often made of silk, a fabric that regulates temperature well, longyis retain heat in cooler weather while allowing air to circulate during hot days. Going to the bathroom simply means lifting up some material, and washing and ironing is easy due to the longyi’s lightweight fabric and simple cylindrical cut.

The longyi makes a perfect souvenir or gift to take home from your visit to Myanmar. With the great variation in colors and patterns, as well as a choice of everyday cotton or more fancy silk material, you can find longyis for everyone on your list. At the well-known Bogyoke Market in Yangon, you can even pick out the silk yourself and have your very own longyi made to order!

Marianne Comilang is an adventurer filled with wanderlust. Originally from Toronto, Canada, she traverses across continents and can proudly say she has set foot on every one (except Antarctica). If she isn't writing, editing, and strategizing to make others look good, she is probably teaching yoga or posting on her blog MoveStillFree.com.

Special Performances Only Seen in Myanmar

Moving Up-Market From Off-The-Rack in Cambodia

A Krama for All Reasons

How to see Iguazu Falls in Argentina By Rachel Ricks