According to numerous studies, omega-3 fatty acid deficiency is one of the ten causes of poor health. The body can't produce this fatty acid. This is why you should include an adequate amount of fish oil in your diet. There are many beneficial effects of fish oil on our bodies, but here are just some of the scientifically proven advantages.

Child development and mental health problems, as well as symptoms of hyperactivity in children и, may be associated with a lack of omega-3 fatty acids. After the inclusion of omega-3 and omega-6 in children with ADHD diets, the symptoms of anxiety, excessive irritation and aggressiveness in children decreased, together with increase in academic performance. Consumption of fish oil is believed to have a positive effect on brain function, due to the fact that 60% of the brain is made up of fats.

Researchers have found that fish oil significantly reduces the symptoms of rheumatoid arthritis along with other therapies. Omega-3 supplements, along with non-steroidal anti-inflammatory drugs, have positive dynamics in reducing arthritis pain, while being a safer alternative.

Fish oil can help fight and prevent colon, prostate and breast cancers. Not only does it increase the effect of conventional anticancer drugs, but it also helps fight disease. Experts have found a link between reduction in cancer cells in animals and humans and omega-3. The antiproliferative properties of omega-3 have a direct effect on cancer cells and an indirect anti-inflammatory effect on the immune system, which helps to reduce tumor growth.

A diet high in polyunsaturated fatty acids has beneficial properties in contrast to a diet that includes carbohydrates. Fish oil fatty acids, with their anti-inflammatory properties, can help prevent heart diseases. Omega-3 has a positive effect on people who have already had heart attacks. However, it should be noted that it's dangerous to consume fish oil if you undergo atrial fibrillation treatment or take anticoagulants.

A study published in the journal Nutritional Neuroscience analyzed the effects of fish oil on adolescents with severe depressive disorder. They found a 40% improvement in the main symptoms of depression disorder. There was a significant improvement in amino acid and nutritional balance in the brain.

Fish oil affects the age-related processes of eye disorders. Consumption of fish oil and seafood significantly reduces symptoms of eye disease. It is especially beneficial for people with a high risk of age-related macular degeneration and cataract disease.

The antioxidant astaxanthin, which is found in fish oil, increases the body's immunomodulatory capacity. The daily inclusion of fish oil in the human diet has a beneficial effect on health and supports the function of the immune system.

State of skin and hair

The incredible effect of fish oil on the beauty and health of skin and hair is undeniable. Omega-3 serves as a vital source of fat. It nourishes the skin and gives it a smooth and silky texture. Fish oil also prevents wrinkles and slows down the aging process of the skin, as well as strengthens hair.

Fish oil also boosts fertility in women by reducing inflammation, balancing hormones, and regulating menstrual cycles. In addition, fish oil is recognized as an effective treatment for polycystic ovarian syndrome and endometriosis, which cause infertility.

Fish oil is also extremely beneficial for pregnant women and children. The female body requires omega-3 fats even more during the entire period of pregnancy and breastfeeding. Omega-3 is a crucial element in the formation of the fetal brain, eyes, and nervous system. This fatty acid also reduces the risk of preterm birth and normalizes the mood and overall well-being of the mother after childbirth.

It is not always possible to provide the body with fish oil in the required quantities. As a rule, Omega-3 is found in cod liver and sea fish, such as mackerel, herring, sardines, halibut, pollock, salmon. In addition, you need to make sure that the sea fish is free of mercury and heavy metals. You can take vitamin supplements to make up for the Omega-3 deficiency in your diet. 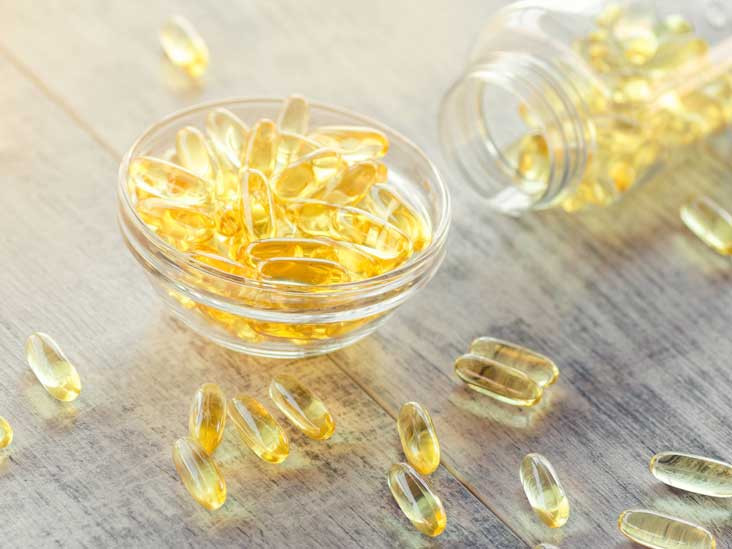 8 Annoying Things That Can Make You Stay Awake at Night

5 Astonishing Ways to Improve Your Health

10 Common Reasons Why You Feel Tired All Day