The Apparel Industry in Israel is Leading the Future of Fashion

In the past, the Europeans dominated the global fashion industry. Over the years, other designers may have broken into this clique, but it was a rare occurrence. However, Israeli designers are now enjoying the spotlight. Not only are some of the most stunning women in Hollywood seeking out Israeli fashion designers, but Israeli students could now be shaping the future of the fashion, with the development of "Smart" clothing. This wearable trend blends textiles and technology, and could soon be a reality on global runways.

The Science Fiction of The Apparel Industry:

It seems like something out of a science fiction movie, but Israel clothing could soon be dominating the marketplace with a clever mix of style, wear ability, and functionality. The term "Smart" clothing seems like an alien concept, but it actually makes sense in our tech savvy world. The tech industry has already developed mobile devices that have the processing power of full size desktop computers only a few short years ago. We have seen smartwatches and other devices that are multifunctional and still look stylish and attractive. So, it seems logical that this trend would continue into the apparel industry, and it appears that Israeli students are leading this fascinating new development.

The Development of Smart Israel Clothing:

More and more institutions are offering design courses, and the schools of engineering, design and art are now becoming even more complementary. Israeli students are currently working on redefining the term "smart dress," as they have begun to develop clothing that incorporates fashion with function. This wearable computing is being developed by fashion design and software engineering students at the Shenkar College. The Engineering, Design, and Art departments are collaborating on fusing textiles with technology to create wearable computing. The students have designed a number of items including camouflage clothing that can change colors depending on the surroundings of the wearer and clothes that have integrated sensory functionality such as heart rate monitors.

Other items of this new age designer apparel being developed at Shenkar include clothing that adapts to differing light levels and items that use hue variation to signal proximity to alcohol.

The Significance of Smart Clothing:

The development of smart clothing is set to become a vital sector of the high tech world. Dr. Amnon Dekel, head of the software engineering department at Shenkar, believes that wearable computing items should become a more applicable aspect of our daily lives. Leah Peretz, head of the Shenkar fashion design department agrees that in the future, it will become more important to wear our computing devices and it will allow us to enjoy functionality and remain stylish. Just imagine, the possibility of not having to remember to pick up your cell phone or car keys, as you are already wearing them!

As Israeli students lead the development of smart clothing, and our designers gain even more prominence, it looks like our nation could become a capital of the apparel industry. This would allow our designers to enjoy greater influence and be able to help shape the future of fashion. 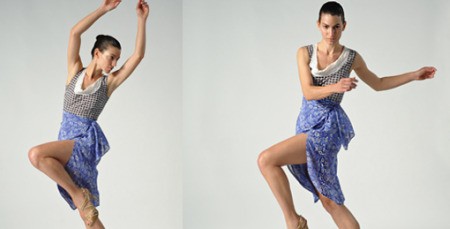 More posts from author
Saturday, 09 December 2017 Blazers vs Jackets! What's trending this season and why?
Thursday, 20 April 2017 Importance of Choosing the Best Casino Games Online
Thursday, 13 April 2017 What are the Benefits of Widescreen Gaming Monitors