The Rise of Tattoos in the Fashion World The world of fashion is constantly changing. There are trends that are ceasing and reappearing. Basically, fashion is a living organism that is constantly going through various changes. However, as much as tattoos have been a known concept for many years, they are becoming crazy popular and everyone's having them. Nowadays, every person is into some kind of tattoos. It's very rare meeting people that dislike the concept of tattoos. This is particularly the case with newer generations that are completely liberal and up for experimenting. There is something for everyone and tattoos are an area of infinite freedom of expression and creativity. In that respect, let's see what their popular forms are.

​The concept of tattoos first appeared in the '20s among sailors and military men, as well as prisoners. During the non-mainstream period, tattoos were becoming popular with groups that had lesser levels of individuality and higher levels of conformity. However, in order for tattoos to become mainstream, people had to embrace the attitude of treating the human body as a canvas. Only when this had been accepted were tattoos demarginalized and started being observed as glamorous ways of self-expression. Understandably, the younger population was the one to popularize tattoos. As we can always rely on the youth to be rebellious and to strive towards individuality, tattoos were just the means to do this.

​Asian motifs are quite popular and we can even set apart one subgroup here, as well. There is the characteristic Japanese tattoo that is being favoured by people around the globe. People are opting for several topics here. Some of them are concerned with the traditional Japanese concepts such as shrines, dragons, koi fish and cherry blossom. On the other hand, there is the modern kind which involves some of the most famous Japanese anime tattoos.

​Changing tattoo trends is quite inconvenient as you can't really change yours according to some new trend. However, if you're thinking of doing some fresh ink, we suggest you opt for a minimalistic tattoo. They are so cute and simple. It's usually just a contour, so it's quite easily done and it's very affordable due to its size. Moreover, if you choose a discrete place, you'll be able to hide it easily if your workplace policy is against tattoos. Pinterest is full of awesome suggestions for minimalistic tattoos and we're positive you'll find something that you absolutely adore and need to have on your skin. 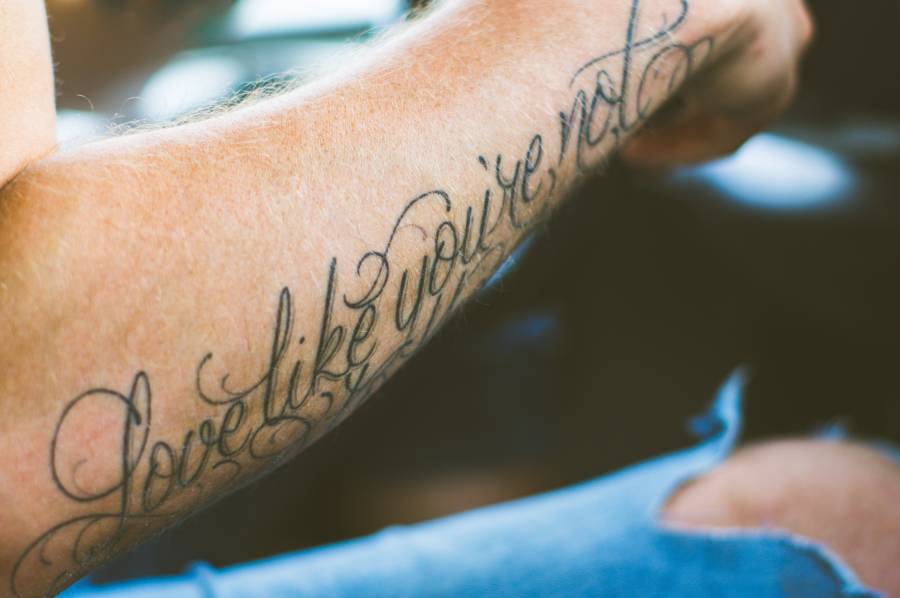 ​People choose to have tattoos for several reasons. Some of them are purely aesthetical, while others include deep emotions. Many people feel their tattoos should have a deep meaning. They usually combine tattoo subjects that are somehow related to people they love or a certain event that marked their life in a very significant way. Some like to mark their favourite book or a movie by tattooing a quote or a specific scene or a character. These people simply like to be reminded of a person or event by wearing the tattoo on them at all times.

​On the other hand, there are individuals that only wish for a tattoo because it looks good. Make no mistake, this shouldn't be considered superficial as we all select our wardrobe and accessories according to our liking and not for any deeper reason. So, it also makes sense to think of tattoos as accessories, but your favourite ones as they don't come off that easily. These can be flowers, animals, all sorts of items or abstract art and many other things. If you have some talent, you can also design your own tattoo. There are no limits and anyone is free to choose.

To sum up, tattoos used to be a recognisable sign between members of the lower classes of society. However, as time went by, more and more people from various social backgrounds started having appreciation for the art and tattoos soon became a popular trend. Nowadays everyone simply must have them. So, it's time for you to choose your first permanent accessory or your next one. Take your pick and be the trendiest person you know by having some amazing tattoos.

Tweet
How do you feel about this post?
Happy (0)
Love (1)
Surprised (0)
Sad (0)
Angry (0)
Ways to Make Your Home More Appealing to Guests
5 Ways to Spend Saturday Night With Your Friends