GUESS has always been seen as avant-garde, with trends, styles and campaigns. Paul Marciano takes the latest styles and trends and gives them his own unique touch. Today, GUESS is a global lifestyle brand with a full range of denim, apparel and accessories offered in more than 80 countries around the world. Ultimately, that's how GUESS fashion mogul Paul Marciano revolutionized the American fashion industry. 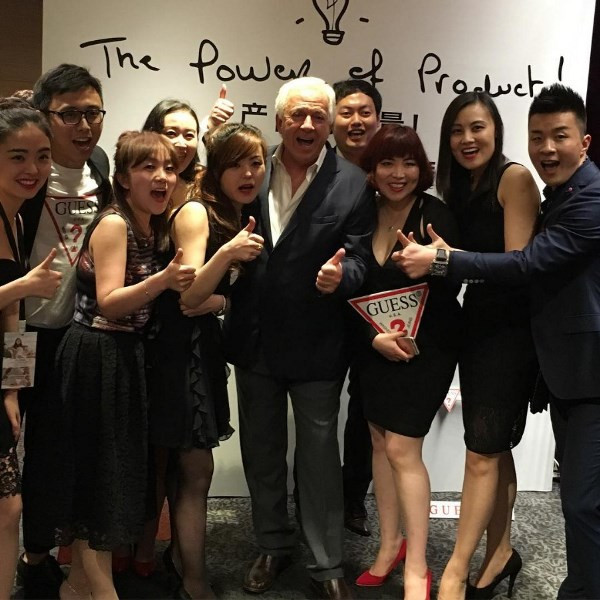 Thanks to Paul Marciano, who was in charge of the marketing of the company, GUESS has always been creative, especially when it comes to advertising campaigns. The advertising campaigns of GUESS always attracted attention. Although he had no previous experience in advertising, Paul Marciano created campaigns that reinvented the way in which jeans and clothing were sold. Innovation: Instead of adopting the typical studio design, Paul brought the GUESS jeans and the models wearing them, outdoors, using black and white photographs and provocative poses.

Many of the models chosen to participate in the GUESS advertising campaigns were little known at the beginning. The controversial ads and their attractive Western look quickly created household names, not only of the GUESS brand but also of their models. Effectively start the supermodel trend that would make many of the "GUESS girls", including Claudia Schiffer, Naomi Campbell, Eva Herzigova, Anna Nicole Smith, international celebrities.

Paul Marciano had the gift of finding the "next icon" and made most of the models, after presenting in his campaigns, a supermodel. For example: with a "curvilinear", Anna Nicole Smith offered a marked contrast with the traditional "thin" models that other brands marketed exclusively.

Paul Marciano's Daughter
GUESS Inc. has welcomed another Martian into the family business. Ella Marciano, the 16-year-old daughter of executive director and vice president Paul Marciano, has designed a t-shirt to benefit the Sojourn Services charity for battered women and their children. During an internship at GUESS' p.r. Last summer, Ella toured Sojourn's shelters with her mother, Kymberly Marciano-Strauss, and designed a white tank top with a purple heart formed by the words hope, love, courage, strength, community and empowerment.

From the beginning, Paul Marciano was the driving force behind the brand's new form of advertising that leads the company 37 years later! I GUESS it caused a dramatic change in the fashion world, and it became as big a touch in the world of marketing and advertising.