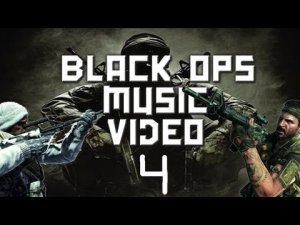 Once upon a time gaming was simple, 8 and 16 bit systems, simple game play, hardly any story arc and characters that would continue to capture our hearts for decades. Gaming has come along by leaps and bounds since the likes of Pacman, the first ever Sonic the Hedgehog game, and Mario. No doubt that these notable titles would echo through the video games industry and become household names. I remember playing Duke Nukem, the first ever First person shooter I played, SimCity for the Super Nintendo and the revolutionary James Bond Golden Eye. Due to the next generation of Consoles en route to gaming stores across the world later this year, I find myself becoming nostalgic, and want just to talk about the old days through to today’s massively popular online multiplayer.

In the beginning gaming wasn’t as popular as the movie industry as it is today, much like the computers of old, consoles were large, boxy, and could only produce blocky graphics and limited game play. The titles you could purchase came as cards you slotted in, and the console itself had no major features other than a power cable and controller port. However today, gaming evolution is the ever changing face of society. These platforms feature Blu-ray disc compatibility, online multiplayer and browsing, wireless controllers, and 3D game play complemented by HD televisions.

Not too long ago, when gaming became an integral part of YouTube, gamers began filming themselves progressing through their purchased titles. They either made videos showing off their gaming skills, or created tutorials for new comers. In my heart I know that it is due to this phenomenon that the industry itself has become what it has today, a multibillion dollar industry that employs thousands of tech designers, writers and the film industry.  As more of these videos became available to view via YouTube and other social media platforms, You Tubers gained subscribers, and these video blogs helped promotion for various companies. In a recent post that I published I discuss one particular individual who actually receives payment, merchandise for competitions and invitations to huge games events such as E3.  Check out Champ Chong, one YouTube’s game bloggers celebrities.

These video blogs often request the viewers to submit game play videos that are usually chosen at random and posted for all to see. The most famous clips to be shown are usually from the Call of Duty and Battlefield series. Innovative game play, diverse online multiplayer and a massive fan base has made the first person shooter the highest rated style of playing games in the world. Occasionally though we do see Third person shooters and massively multiplayer online games make it on to the Vblog stage as well.

I have watched hundreds of these videos, which usually include an impossible feat of skill, or sometimes an edited video that includes a rock bands song such as this one here. Thanks to these individuals a line of new products have emerged including devices that record game play in HD, headsets (Usually for abusing other gamers) or specialised controllers such as steering wheels for driving ,musical instruments for games such as Rock Band and Guitar Hero, and of course the new controller-less Playstation Move and Xbox Kinect.

All this technology and the next Gen consoles on their way to us from America and Japan, it makes me think where the art of gaming will be in ten years time. I mean we have online multiplayer, Co-Op and the capability to share our experience in HD and 3D. We have Blu-Ray discs, games with hundreds of hours of game play, and stories so deep they put books and films to shame.  Expensive merchandise, fan art, fan stories, comics and even Hollywood blockbusters, including A-listers lending their names to some titles.

What would you like to see in ten years time? How about complete virtual reality glasses? What about gaming in your sleep? Or how about a console dedicated to an “a real world, do anything anyway” genre which everyone can be a part of, a sort of Second Life type of game. I know what I want however, I don’t want my gaming experience to be recorded or shared, I don’t want to not have a controller to bash, I don’t want to wave my hands around in front of a sensor like an insane person. I want in depth stories with great graphics, with hundreds of hours of game play. I want choice, like the Mass Effect universe, Fable or Black and White. I don’t want my money to be wasted on some crazy, innovative, novelty way of controlling my character. I want simple game play, choice, and the companies who create them to put time, effort and love to go into a disc that I spend £50 on.

Although I have never created a game play video, nor do I ever plan on making one, I still do enjoy some of amazing vids those gamers from around the world upload to Social Media platforms such as YouTube. Hopefully in the future games like Call of Duty won’t dominate, as it’s getting quite boring now.

I find myself watching the gameplay of others and especially when they are good like NOSAJ its hard to not get addicted to them especially with the narration of whats going on in his life is often hilarious and his views are also quite good. Last week for example he got so offended as he was referred to as an older guy at 20 ! He was seriously put out asking us all 'when do you get old' relax JASON it isn't yet ! He even has a CG video ident and rendered intro to all his videos - the guy has a following. He introduces his videos with 'what is going on guys and its worth taking a look at them yourself so go see.

On a less enjoyable note - as gaming live online truly is it can be tough to accept how abusive people can be online and this in fact is one way in that this is combatted - for example abusers are shown up to be just that. Though the death threats and mega bullying that goes on doesn't usually make it into many videos but the recorders give the chance to keep the evidence.

I can see the vast amount of hours that teams of people have to put into their videos and they are immensely proud just check out the dance videos attached to see what we mean. I think we ought to do a weekly game video a 'best of' and will see if people like the idea.
If you like this article please take the short time it takes to click on share or a facebook like - we would really appreciate it.