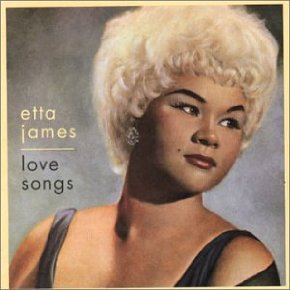 Etta James, the legendary blues singer, passed away on Friday at the age of 73. James was known for her powerful voice and soulful lyrics which conveyed her hard years lived and great accomplishments to an appreciative R&B audience. In her 1995 biography, "Rage to Survive" she wrote, "I wanted to be rare, I wanted to be noticed... I just wanted to be." She was noticed, first by the parishioners of the church where she began singing, and later by music executives captivated by her deep vocals. And she was noticed by the world as they heard the raw passion in the lyrics to her best known song, "At Last" in 1960. Although the singer battled addiction to heroin throughout the 1960s and 1970s, and her career took a nose-dive, she found sobriety in the late 1980s and was inducted into the Rock and Roll Hall of Fame in 1994. In her later years James suffered from dementia and leukemia, but she will always be remembered for the way her voice touched people and made their own hearts sing.

More posts from author
Monday, 30 January 2012 Katy Perry Moves On from Russell Brand
Comment for this post has been locked by admin.