Do you need a Sony CX730E camcorder?

A camera operator's look at the Sony CX730E Full HD Flash Memory camcorder.  What can the everyday consumer expect from this type of Full HD monster and how far does it cross into professional territory?

This breed of camcorder has been popular for some years now and certainly is a seriously powerful option if you’re in the market for a top-of-the-range product to record full HD video.

It’s interesting that they are often marketed on the strength of ‘pro’ features - for example, to access manual controls and deliver ‘progressive mode’.  In the video world, cameras entering this territory are often labelled ‘prosumer’ and can indeed produce some stunning results that have - certainly in terms of image quality - been causing consternation in professional camera operator circles for some years.  In fact, take a low-mid range professional HD broadcast camera worth about £15,000 (the types you see journalists running around with on their shoulders, or documentary crews setting up tripods), record some images and then record some on the £800 camcorder.  Then play them back together on identical monitors.  There is a difference, but it can be difficult to tell unless you are some kind of imaging guru - and even they have difficulty in telling the difference sometimes.  And therein lies the crux of the revolution in video and film making: consumers now have the image quality that was recently only the preserve of the professionals. 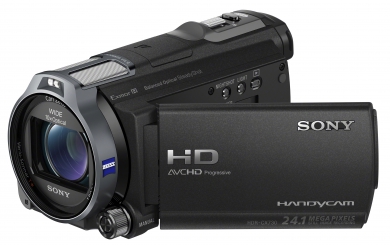 So where do cameras like the Sony CX730E fit into the marketplace, and why aren’t all of those journalists ditching their bulky shoulder mounted units?  Well, some have ditched them, but usually in favour of prosumer units - smaller sexed-up machines, but offering a more in the way of manual controls than the consumer models.  And indeed it is this issue of manual control that is the measure by which we can determine where a camera sits in the landscape between consumer and ‘pro’.

For a consumer recording video of the family on holiday or at home, being able to control the focus and aperture manually is not high on the list of priorities.  Usually, it is factors such as ease of use, image definition, and cost that drive the market.  For the professional, however, being able to control the image is key to storytelling.  As an example, the ability to control focus - to ‘push’ or ‘pull’ the image - can be used to direct the audience’s attention to a particular area of the image (and then back again if necessary).  This also requires a powerful lens, and another reason why consumer camcorders are not ideal for professional work - consumer lenses tend to keep everything in focus, potentially introducing distracting subjects in the background.

That said, cameras like the CX730E have introduced a level of manual control for more ‘creative’ users - enthusiasts who wish to control focus, aperture, and other parameters as well as being able to switch to auto at a moment’s notice.  These smaller units really shine in auto mode and often professionals will have a broadcast camera on their shoulder, with a prosumer or consumer one in their pocket which they can revert to if the action gets too crazy to follow, or the main unit fails. 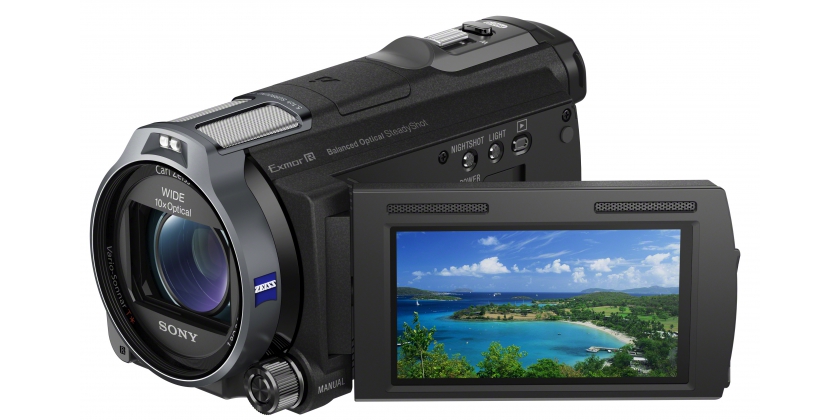 Other features are being added all of the time to consumer models.  The CX730E, for example, boasts ‘progressive’ mode for a film look.  To use its very name, progressive is the way of the future, since interlaced video harks back to the emergence of television and is due to be phased out completely.  The ‘look’ of progressive is synonymous with feature film techniques where old fashioned shuttered celluloid cameras were used and interlaced video never entered the fray.

Control of audio is another area where pro and prosumer win out over consumer units.  Although the quality is improving all of the time, sometimes there are no shortcuts when it comes to audio - you just need to rig a proper mic and have a camera that can accept inputs from it.  Consumer cameras tend to rely on onboard mics, and they are always limited for a professional recording.

The incredible definition of these modern consumer HD cameras continues to shake up the world of film and video, but there is an old adage that a camera is only as good as the glass slapped on the front of it.  Indeed, one of the reasons that feature films look so awesome on the big screen is that there are a couple of hundred thousand pounds worth of lenses in the crew kit used to shoot it.  Despite this, there are proponents of the style and ethos of shooting with consumer and prosumer camcorders - Blair Witch, Paranormal Activity are just two examples of thousands out there.  So buy that camcorder and start shooting your film!