An interview with Rebecca 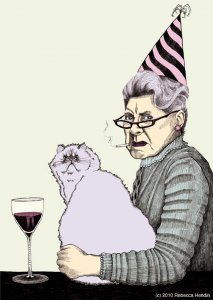 We caught up with Rebecca Hendin an American found in London and so we got some answers from here to help us get inside her creative head :)

What brought you to London?
I came to London for university.  I started university in San Francisco, which was already a move of several thousand miles from where I grew up, and when I moved there, I didn't know anyone, but found that adjustment interesting and exciting.  A couple of years into university in California, I went traveling through Europe for the first time, and decided the end of that excursion would not be the end of my travels in Europe.  London always held for me a sort of mystique and intrigue, and a certain romance solidified in my mind through imagery in books and films.  Abstract as were my reasons for choosing London, and although I had never been to the city before, and although I again knew no one here, I had it solidly in my head that this was the right move to make.  I came to do a study-abroad program at Central Saint Martins, meaning to stay for two terms and return to San Francisco to finish my education.  Five terms into my stay and on the verge of graduation, I now plan to stay in London indefinitely.

When you draw at your best what mood are you in?I draw my best when I'm all zenned out!  Peaceful, calm feeling, happy, content... When I'm worried or sad over something, the hardest thing to do is to pick up a pencil or brush!  Tea, incense, cigarettes, some nice music, and a clear mind are key ingredients for a good work session.When did you start?I've been drawing and making art-type-things as long as I can remember.  I really cannot recall a time in which I wasn't doodling or painting all over everything.  Back in primary school, I would get good marks, but always with a note mentioning the doodles on the work were making it hard to read!Who do you like?I like my family and friends.  But I suppose you mean artist-wise, eh? :)  I like a lot of artists... I don't have any favourites, really, usually just ones I am into or inspired by at the moment.  I've been inspired a lot by teachers I've had over the year who were illustrators themselves, and whose work I really enjoy, such as Barron Storey and Caitlin Kuhwald.  I've always loved Ralph Steadman's stuff, too, and his strange and often grotesque sense of humour.  Really, in the field of illustration, I come across so many artists I like, it's impossible to name them all!  As for fine art, I love Dali, and never fail to be blown away by his imagination and ability to paint with such tiny, painstaking detail.  I have such admiration for the old masters, too, and their sheer technical ability.  I love and appreciate all art so much, though, that it's difficult to start naming names of one over another!  I think I'm inspired most by the living, breathing world around me, and by the random things encountered in life on a daily basis.What do you think of Andy Warhol?I don't have too strong an opinion one way or the other on Andy Warhol.  I like his art.  But I've never read up too much on him, or on his values and opinions, so I hesitate to give too much of my own.  I suppose I've always been most interested in art for its aesthetics, and what each individual image can say by itself, and that is why I am drawn more towards illustration than fine art, perhaps.Why do you think that artists get paid poorly, what do you think would turn that around?Art is often seen of being a field which is not a direct necessity.  Being that it is not as obviously necessary as something like science or medicine, its worth can be pushed down.  But I believe art is necessary.  I believe it gives beauty and meaning to a world that could otherwise be dry and colorless.  What is the purpose of being alive if not to enjoy it?  Without art, life would be infinitely less interesting and enjoyable.  That said, not all artists get paid poorly.  Art is not just a painting or a sculpture someone makes and tries to exhibit and sell in a gallery.  It is everywhere, in everything.  Art is used profusely in advertising, for example, which can be a very lucrative field.   And one certainly can't say that people like Damien Hirst are struggling for cash.  Though his is an admittedly unusual situation, it reminds that such things are possible.  But being an artist isn't for me, and shouldn't ever be for anyone about making lots of money.  Being an artist is about being passionate about what you do, what you create, first and foremost.  I love illustration.  I love making pictures.  I love the feeling of finishing a piece.  I love seeing the pictures I make in print.  I love the idea of supporting myself off of my art, and of course that is my dream, but I've never dreamed of riches in the future.. only a future where I can make lots of art, eat when I'm hungry, have somewhere to sleep, and hopefully have enough money left over to pick up and travel here and there.  That's what matters!