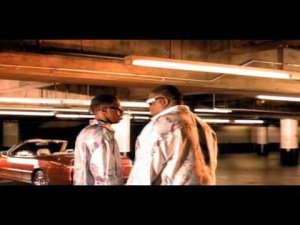 Hip-hop music fans around the world would give an arm and a leg to get their hands on one of these items.

Back in 1997 Nas ruled the world and Dr Dre ruled the entire universe. The two hooked up to collaborate on an album produced by Dre that also featured Foxy Brown, AZ and Nature. Careers of those rappers were supposed to blow up after the album came out, but it wasn’t meant to be and the album “flopped” saleswise. However, it was a successful rap record within the grimy New York mafioso genre that immortalized Notorious B.I.G and later Jay-Z. Not long ago, the press kit for the album that circulated in 1997 was being sold for peanuts on ebay. Any fan of The Firm, or either of the rappers involved, would like to own such a collectible. A thoughtful birthday present, maybe?

Hypnotize took the world by storm. Even these days it is hard to imagine such a hard core hip hop record blowing up like that. The video was epic and Biggie rapped like possessed, no club on the planet stays silent after the opening tunes from Hypnotize. The single itself went platinum which is not a surprise by any means, but the original platinum plaque issued by RIAA found its way to the internet and was available for little over $200. Most rap fans wouldn’t mind any platinum plaque hanging on their wall, but owning Hypnotize single platinum plaque really is something special.

Of all hip hop memorabilia there’s probably most demand for the Tupac stuff. His iconic image and mysterious death contributed to the legend of 2 Pac Shakur, and Tupac memorabilia is the most sought after on the auction sites. His autograph can be found for about $500, but there are also other collectibles such as authentic never seen before photos. Look it up.

Jay-Z and R Kelly tried to shake the world with the new sound and cross over into mainstream with their collaboration album Best of Both Worlds. The album was followed up with a tour and someone recently posted unused tickets on the auction site for about $5. It’s hard to imagine anyone would actually want that piece of paper, but you never know.

Kanye West is known as a huge sneakerhead and it shouldn’t come as a surprise to anybody that there are some people who would pay for his signature on their Air Force 1’s. The price tag of about $1000 is a bit questionable, but Kanye seems to be getting bigger and bigger with each album and maybe such pair of shoes will be worth more in years to come. Buy shoes, wear them at special occasions and apologize to people dishonestly when you get drunk enough thinking they’re Taylor Swift. $1000 autographed Kanye West Air Force 1’s are a certified winner, no question about that.