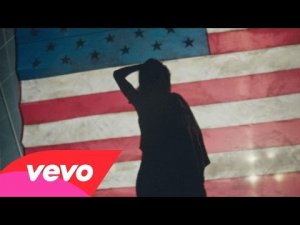 Some strong scenes and a lot of American old footage are wound into this sure fire hit. Every American for a start will be fired up by this song - makes me think that there is an election on and hey that would have been a good idea. I used to have an American dream myself so I like especially the feelings that this song talks about.

Certainly not boring, covering cuba boat people and some moon landing and the raising of the American Flag by troops that became a monument.

It's not really a dance tune and 200% better than that rubbish fourfiveseconds a sure fire hit and Rihanna back to her best not over singing and with a new all american look.

editor #1 Reviewer 189 reviews
Report this review Comments (0) | Was this review helpful to you? 1 0
back to top