Please do not use this category this is used for reading in your wordpress or other automated blog feed via rss and other similar technology.

Bose by "Get closer" Grey London

Dancer and performer Maëva Berthelot moves alone through the impossibly quiet and empty streets of London.

Since my time home is limited, my home office is super important to me– it’s the only space I have that is dedicated to my travels and to my blog. But over the years, my office space had turned more into a unorganized nightmare than a creative space.

I had been dreaming of a wanderlust-filled, modern, and chic travel-inspired space to spark new ideas for the blog and my brand. So I knew I had to make some organizational changes!

Between my last few trips, I partnered with my good friend Jen– boss lady of Life In Jeneral, a professional organization company– and The Container Store’s elfa® shelving and drawer system to restore some order to my home office closet and get control of my office space.

My Closet Space Before elfa

My Closet Space After elfa (+ Jen)

The Container Store is the nation’s leading retailer of storage and organization products and is all about coupling their one-of-kind product collection with a high level of customer service delivered by highly trained organization experts in store and through their Contained Home service!

I had so many travel essentials from camera gear, to travel-sized toiletries, so I was dying to try out elfa for my closet space because my needs and travels change (daily), and it can be adjusted whenever I need it to be.

Emirates "Jen's back" by Team Air

Jennifer Aniston is back on board for Emirates in the airline's latest global ad.

Sky "The next generation box" by Brothers and Sisters

Idris Elba reprises his brand ambassador role for Sky from his familiar sofa position - this time for the Sky Q box. 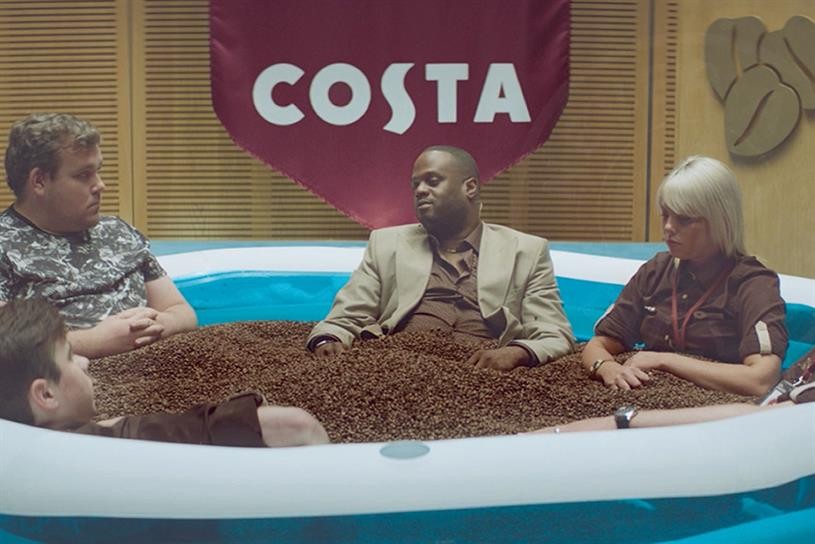 Costa takes an unorthodox approach to training its baristas in an ad starring Javone Prince.

Audible "Feel every word" by Fold7

Audible, Amazon's audio books arm, is trying to let viewers into a secret with the help of actors Juliet Stevenson and Eddie Marsan.

TalkTalk installed cameras in a family home for its reality TV-inspired campaign purporting to offer a "candid glimpse into how modern families live".

HMV "Home of vinyl since 1921" by Bolder Creative

Led Zeppelin, Dr Dre, Amy Winehouse, Guns N Roses and The Human League are just some of the artists on the soundtrack of HMV's cinema ad.

Ikea is pulling at the heartstrings in a new spot promoting its lighting range.

Apple's ad follows a balloon's journey from the countryside, through farms and forests, to the city, collecting a group of colourful companions along the way.

Naples underground hides fifteen centuries of archaeological and religious heritage: “a hundred steps will let live a time travel” – an experience even more beautiful and accessible after a recent huge makeover.

The San Gennaro Catacombs are an underground tombs complex the history of which spans from the II Century A.D..

The core of the catacombs was probably the shrine of a Roman patrician family, possibly converted to Christianity: the space was then donated to the Christian community.

Gennaro is a Saint and a martyr: he was beheaded in 305 A.D., during the Roman persecutions against Christians. The Catacombs hosted Gennaro’s grave from the V Century.

You are probably aware that Rome has many catacombs, but there is something unique about Naples’ catacombs that let them have a much longer history and some breathtaking, magic underground landscapes. The reason? A geological one.

Sicily has the largest concentration of active volcanoes of Europe after Iceland. In a definitely warmer environment and with better food…

A lunar landscape, black sand beaches, but also magma steaming in the snow and terroirs that, because of the natural fertilizing properties of the volcanic soil, offer great wine, fruit, vegetables. A reason more to come and visit Sicily!

Sicily’s volcanoes: Mount Etna, or of fire and ice

The biggest Sicily’s volcano is on the mainland. Mount Etna – simply “l’Etna” in Italian, “Mongibeddu” in Sicilian – is in the Province of Catania, north – east Sicily.

Etna is the tallest volcano in Europe: around 3300mt / 10000 ft. Being an active volcano its height can vary: it can become higher because of the magma solidification on the top, or lower when explosions reshape the top of the mountain.

Etna is high enough to have snow during the winter, so you have the chance to experience something quite unique: skiing, or just enjoying the snowy landscape, with the smoke, or even a stream of lava, in the background.

Palermo: between Vikings and Saracens

You definitely don’t associate Palermo with cold, ice and snow, but the medieval history of Sicily is as stormy as a Game of Thrones series book!

Sicily has always been, due to its geographical position, the Mediterranean Sea crossroads.

Its strategic importance is the reason of almost three thousand years of history with fights and clashes.

In the Middle Ages years and years of war brought betrayal, death and destruction, but also the seeds of a cultural melting pot which is one of the most fascinating aspects of the cultural heritage of Sicily: you can’t find somewhere else in the world a place in which you can just walk between a “viking” palace and an Arabian nights – style one!

Vikings VS Saracens in Palermo

In 831 AD Palermo became the capital of the Emirate of Sicily. It’s only in 1061 that the Normans starts their “invasion” of Sicily.

A royal city needs a royal palace: and the Royal Palace is a must see within the Turin top attractions.

The Royal Palace started his “career” as a bishopric in the XVI Century, then the Savoy family took possession of it.

The palace became the seat of the duchy of Savoy with Emmanuel Philibert, but it was upgraded and enlarged when Emmanuel Philibert’s grandson married in 1619 in Paris the French Princess Christine Marie of France.

The enlargement of the building continued with Christine Marie’s sons and grandson: the Daniel Gallery was created (the name is after Daniel Setier, the Baroque Wien – born painter, the author of the frescoes of the gallery) and the Chapel of the Holy Shroud.